While working on fixes for your bug reports and crashes, reproducing the issue and figuring out the main cause behind it is the first step towards the fix.

The session profiler will help you gain more context about the reported bug. 60 seconds before reporting the bug, there should have been multiple behaviors, actions and statuses that need to be tracked for the sake of understanding the reason behind the bug report. Since the cause of the problem might be at a previous point in time, tracking the status of the device and how everything changed over time would definitely be more useful if captured sometime before the moment the bug gets reported.

From the CPU load, Dispatch queues, Memory, Storage, Connectivity, Battery and Orientation; the session profiler will add visualized graphs to your bug and crash reports that illustrates the usage of all of the previous. 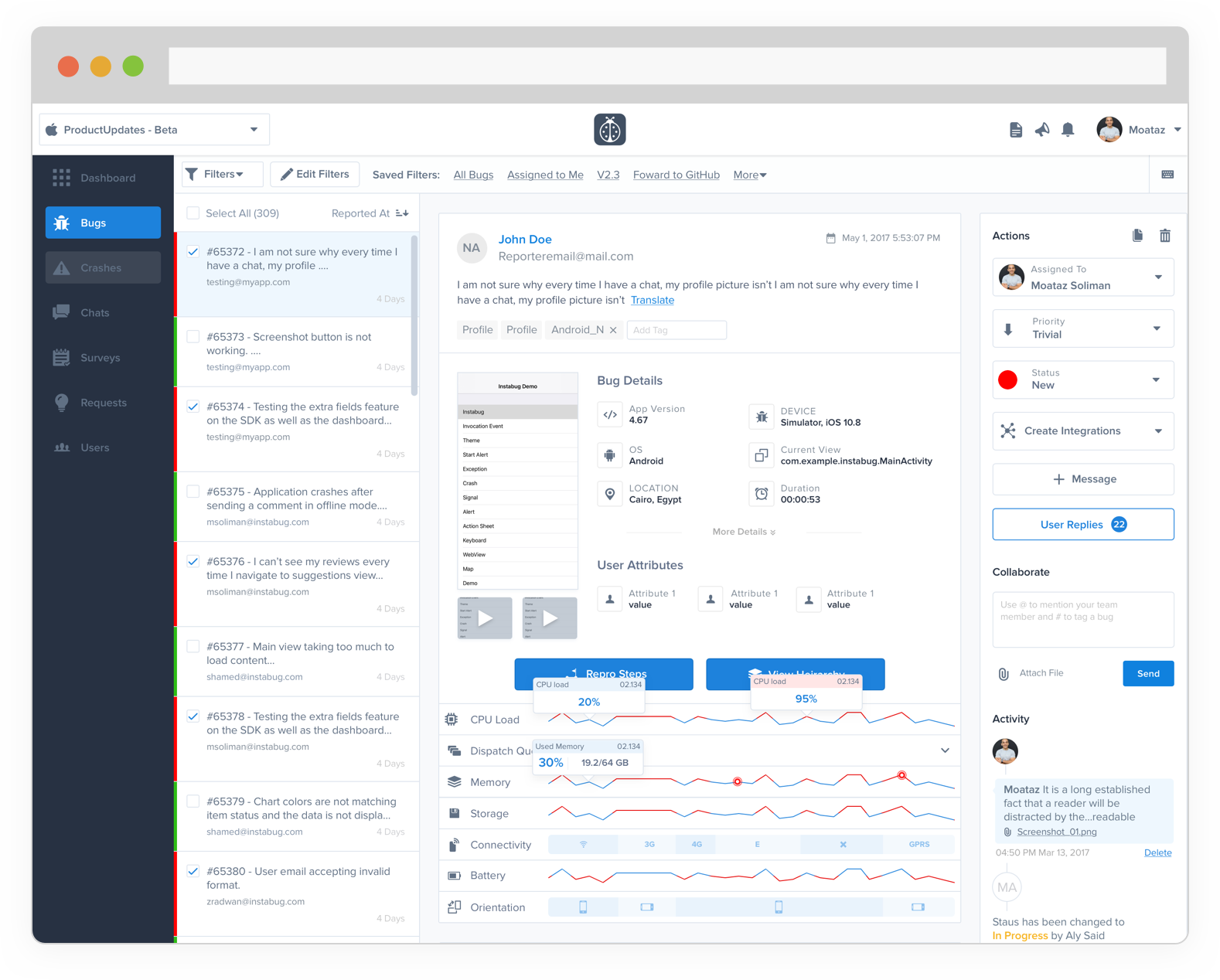 With a glimpse of an eye, you can check all the graphs and changes that happened before the bug or the crash was sent. Any peak or outlier is an easy spot and will help you judge what might be the cause of the issue.

The session profiler starts from the silver plan. You can find more info about it and a clear data breakdown and explanation in our docs for iOS & Android.

Our customizable SDK requires just one minute to integrate.

Get Started for Free
Search
Go to Top